A team of cake decorators in the UK have cracked the world record in their attempt to make the worlds largest cake. The project that was created to raise money for the Make A Wish Foundation in the UK enlisted a huge team of bakers and decorators to give the project a fighting chance. 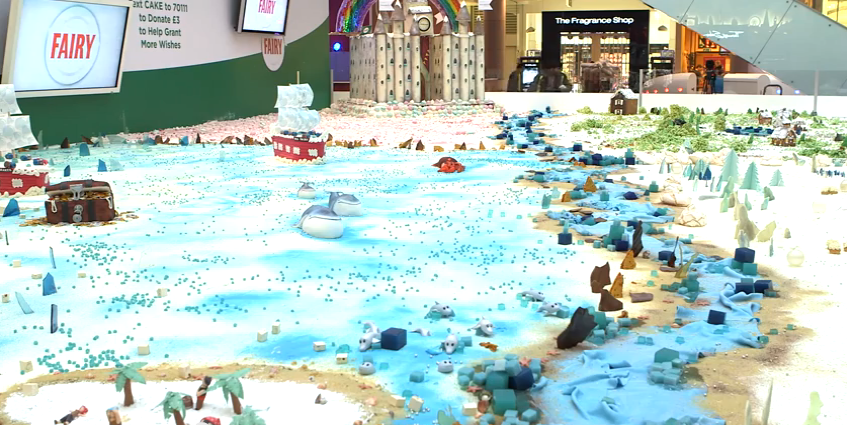 A bakery was given the task of baking 400 sponge cakes and the ingredients list could feed a small nation.

What a massive, massive effort and well done to all those involved in the project. Now that the cake has been eaten, it can be officially accepted into the Guinness Book of Records. The current record holder is held by King Abdulaziz International Airport in association with Saadeddin Pastry in Saudi Arabia, and measured 11.70metres by 9.20metres. It was in the shape of the Saudi Arabia map to celebrate the country's national day.

Don’t You DARE to Touch My Cake!

How to carve cakes

how to carve cake Cake CarvingAs with any other skill or art form, carving cakes requires: time, patience and lots of practice; but if you are passionate about it and you’re ready to put in the effort, in good time you’ll be sculpting cakes you’ve only dreamt of. And the beauty is you’ll enjoy every moment of it. So let’s get started!Here’s ...