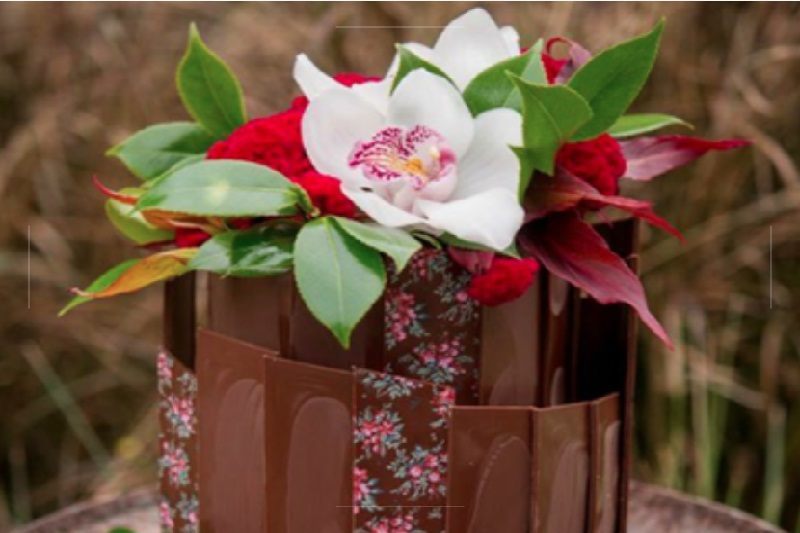 Problem: Modeling chocolate is too hard.

Problem: Modeling chocolate is too soft.

Problem: Modeling chocolate is too lumpy.

Solution: When you understir the chocolate and corn syrup, the tendency here is that there might still be remaining chocolate chunks that did not melt in the heat. As such, you will need to remelt the modeling chocolate. Put the modeling chocolate back in a bowl, and place it in the microwave. Heat for 10 seconds. Remove the paste and knead until it becomes a smooth paste. Cover in plastic wrap and allow it to sit until it reaches room temperature before using.

How to Make a Modeling Chocolate Wedding Cake

How to make Marshmallow fondant

How to Make a Paper Piping Bag

Chocolate Products You Can Use as Modeling Chocolate

Chocolate Products You Can Use as Modeling Chocolate The great thing about modeling chocolate is that it stays pliable for a long time, giving you ample time to create your flowers and figures, unlike with fondant or gumpaste where you have to work really fast because they dry out and harden quickly. Its versatile nature allows you to make use of ...