Rhianydd Webb And Her Friends From Inside The Faraway Tree

Rhianydd Webb puts the sweetness in caking. She is truly an adorable cake master. What's more she brought one of the more magical features to Cake International 2016 Birmingham! Check out the characters from a classical children’s book come alive! Watch our interview with her about Faraway Tree

One of the more enormous exhibits at Cake International was no doubt Rhianydd Webb’s creation. It's called The Faraway Tree, based on the 1939 children’s book by Enid Blyton. After asking for permission from the Enid Blyton Society, Rhianydd and her team got illustrations from the magical book and the long work could begin.

Toffee shocks and the sweetest owl

The centerpiece of The Faraway Tree installation is Moonface, one of the main characters in Blyton’s book. He’s the gatekeeper of the wonderous slide that lets people slip down the middle of The Faraway Tree. But that only happens if he gets his favorite toffee shocks.  Little sweet cubes that were indeed in the hands of this sweet looking fella. We could also find the cutest little barn ﻿owl lovingly done by Rhianydd. This guy was sleeping through the scores of visitors checking out the amazing feature. 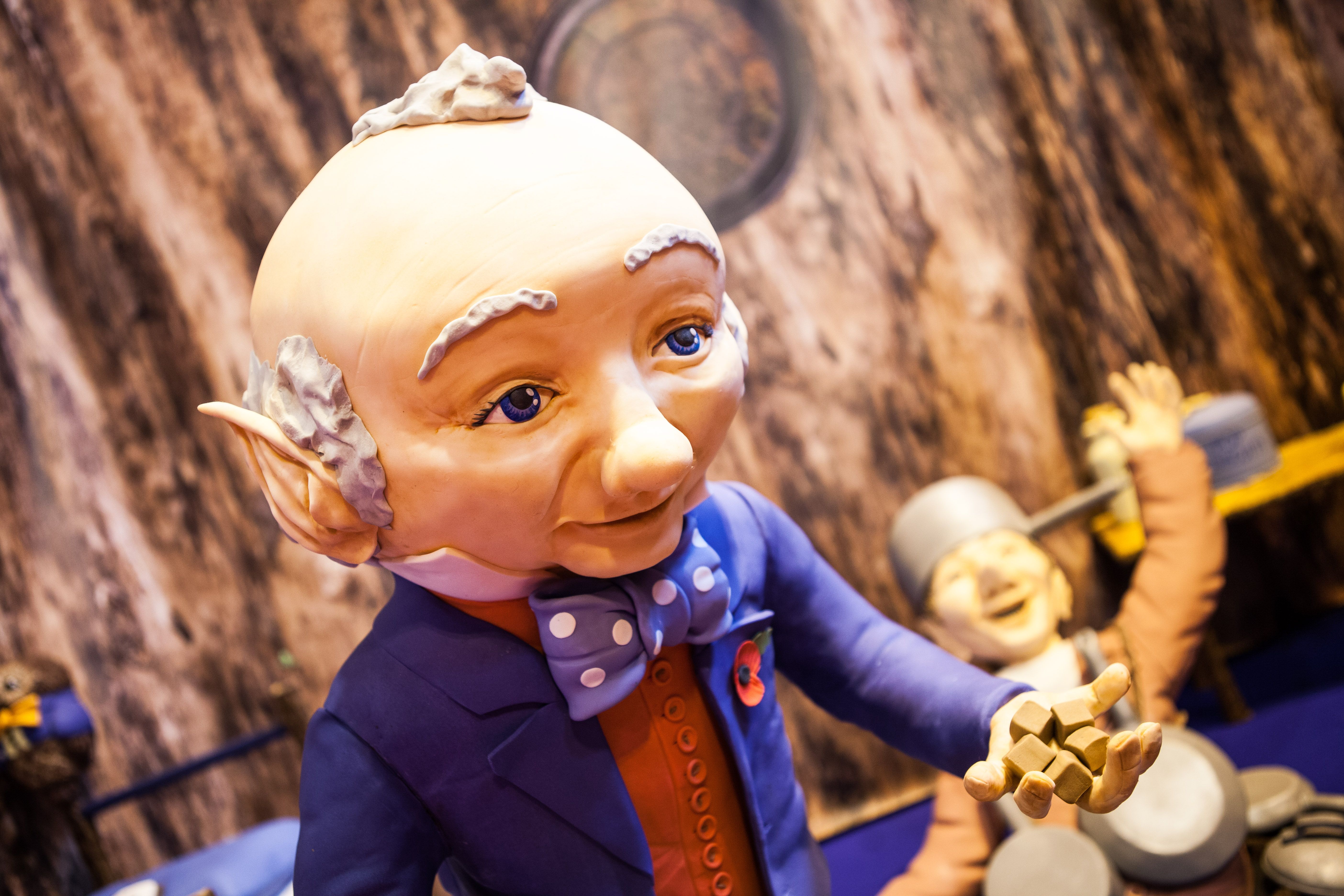 Toffee for Moonface is the Key to Another World 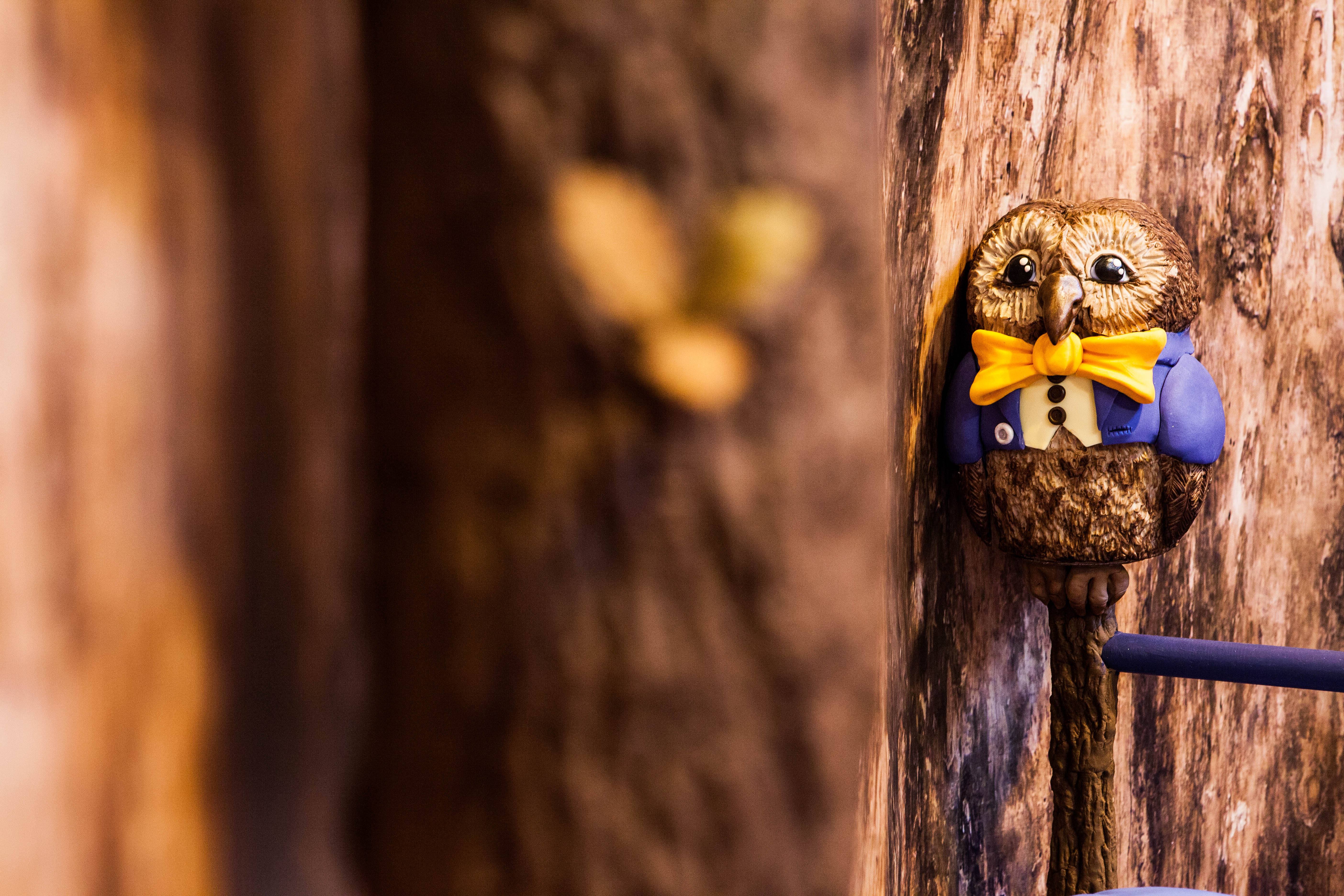 The Owl of Faraway Tree by Rhianydd Webb

Making elaborate cakes can take time and Rhianydd knows this all too well: creating The Faraway Tree took a solid 2 weeks, and as she told us, one of the simplest characters was the most difficult to make. The Angry Pixie took almost 3 days because she wanted to get the angles right, so its internal support took some time to set up. In comparison, Moonface was up and ready in about 1.5 days. The fan favorite, magical clock was a (literal) piece of cake compared to these guys. Literature for people with a sweet tooth

Rhianydd could’ve chosen something more mainstream or popular such as Pokémon or My Little Pony but instead she opted for this cute children’s book she loves reading and that’s also a favorite of her children. As she says:

“if you read, your imagination fires and you become a better person” - Rhiannydd Webb

– and a better cake decorator in our opinion as well. Her mission was to get the message out about Blyton’s book and she hopes that everyone who saw The Faraway Tree feature grows curious about reading the tale as well. The Characters Of Faraway Tree

Chatting to Rhianydd was sheer delight as she is like a good-hearted witch or fairy from a children’s book herself. She said she was all smiles while working on the characters, especially Moonface and she has added that caking

“is easier when you’re smiling at the cake you’re making”.  - Rhiannydd Webb The secret of the coffee table Visitors to The Faraway Tree often stepped on the rug on the floor as it was so lifelike, but something similar happened to the yellow top coffee table in the corner of Moonface’s crib. It was done using spray shine for that nice glossy finish and Rhianydd told us that now that it has dried, it’s so solid that she actually plans to use it as an actual coffee table at home. She’s not alone with this idea as many visitors told her how they could imagine it in their homes. So does she. She didn’t want to spill all the beans on her future projects, but she told us that she’s already has her next big hit planned and it’s something very close to her heart. We surely will be around to find out what it is and let you cakers know all about it. Cake reporter, Betti and Rhianydd in Moonface's crib - (Did you spot the rug?)

Rhianydd among her sweet friends 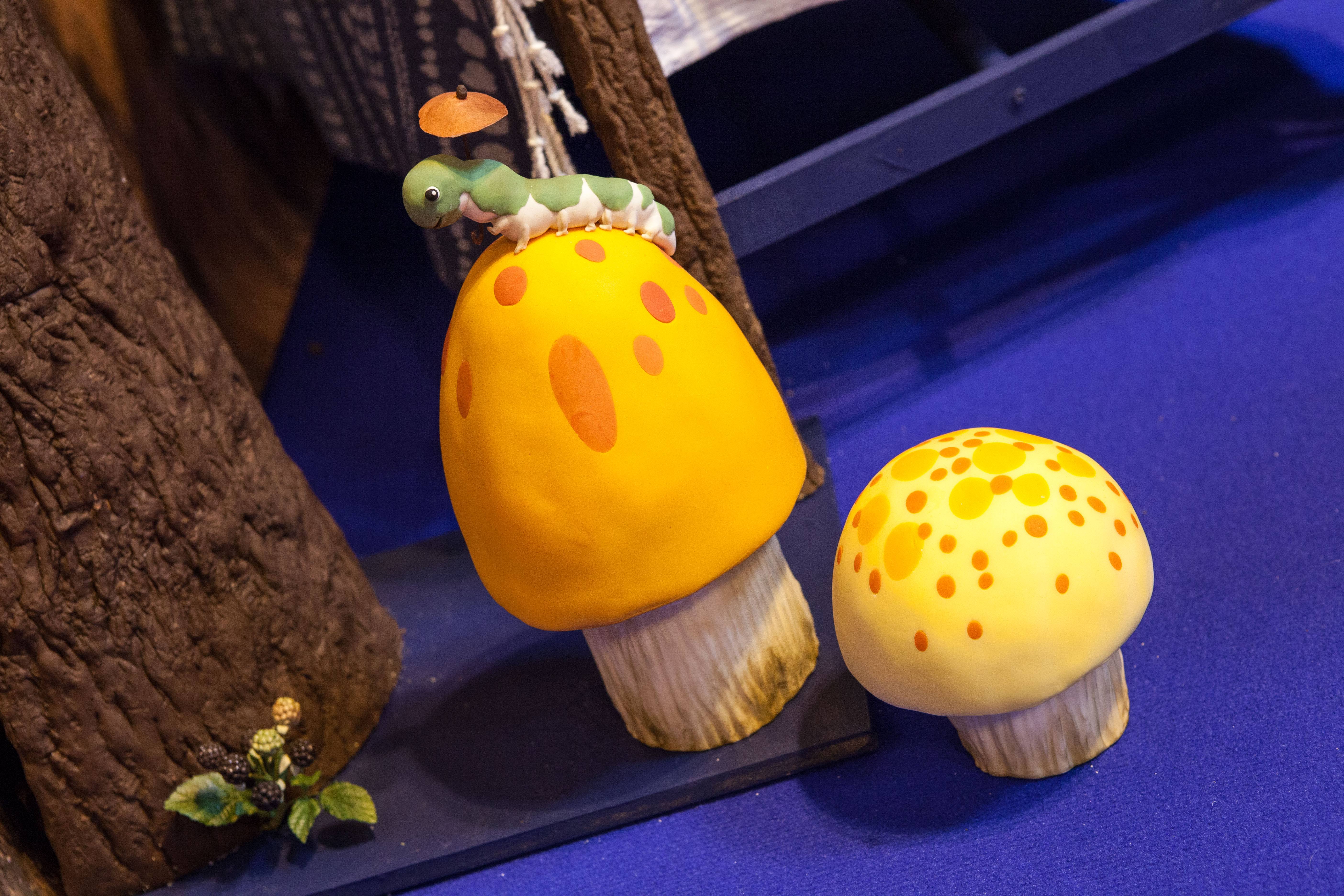 The most popular item - The Adorable Clock The Taste of Music – 10 Question-Interview with Deborah Harwood

Save The Turkey - Eat Thanksgiving Cakes InsteadAlthough we keep talking about the turkey when it comes to thanksgiving food but - let's not kid ourselves- it's all about the sweet stuff. Pies, cobblers and cheesecakes are delicious but why not step up your game and treat all your senses this year. These thanksgiving cakes and thanksgiving ...

No images found!
Try some other hashtag or username
There are some problems with the configuration of the opt-in widget