The créme de la créme of the caking world descended on Birmingham for this year’s last Cake International﻿ Show.  Of course, Cakerschool was there to scope out the best features, the most amazing designs and all the delicacies of this year’s Cake Competition. Take a plunge with us into the candy-coated dreamworld of the ultimate caking heaven!

Cake International celebrated its 22nd annual event this year. We were lucky enough to catch up with Melanie Underwood, the event’s manager. Melanie can pretty much consider the cake extravaganza a family event. Her mom was one of the organizers when it all started in 1994. Cake International Birmingham proved to be an instant hit: 14 000 people have visited back then. Based on that number you can imagine the crowd now! This year Cake International requires two big convention halls to house all that tastiness. As Melanie Underwood told us, the caker market is more alive than ever, with many talented artists coming in from all over to world. These incredible talents are producing literal sculptures of deliciousness that you can see in our videos as well. From Rose Macefield to Daniel Dièguez a who’s who of caker artists flaunted their talent in Birmingham this year. 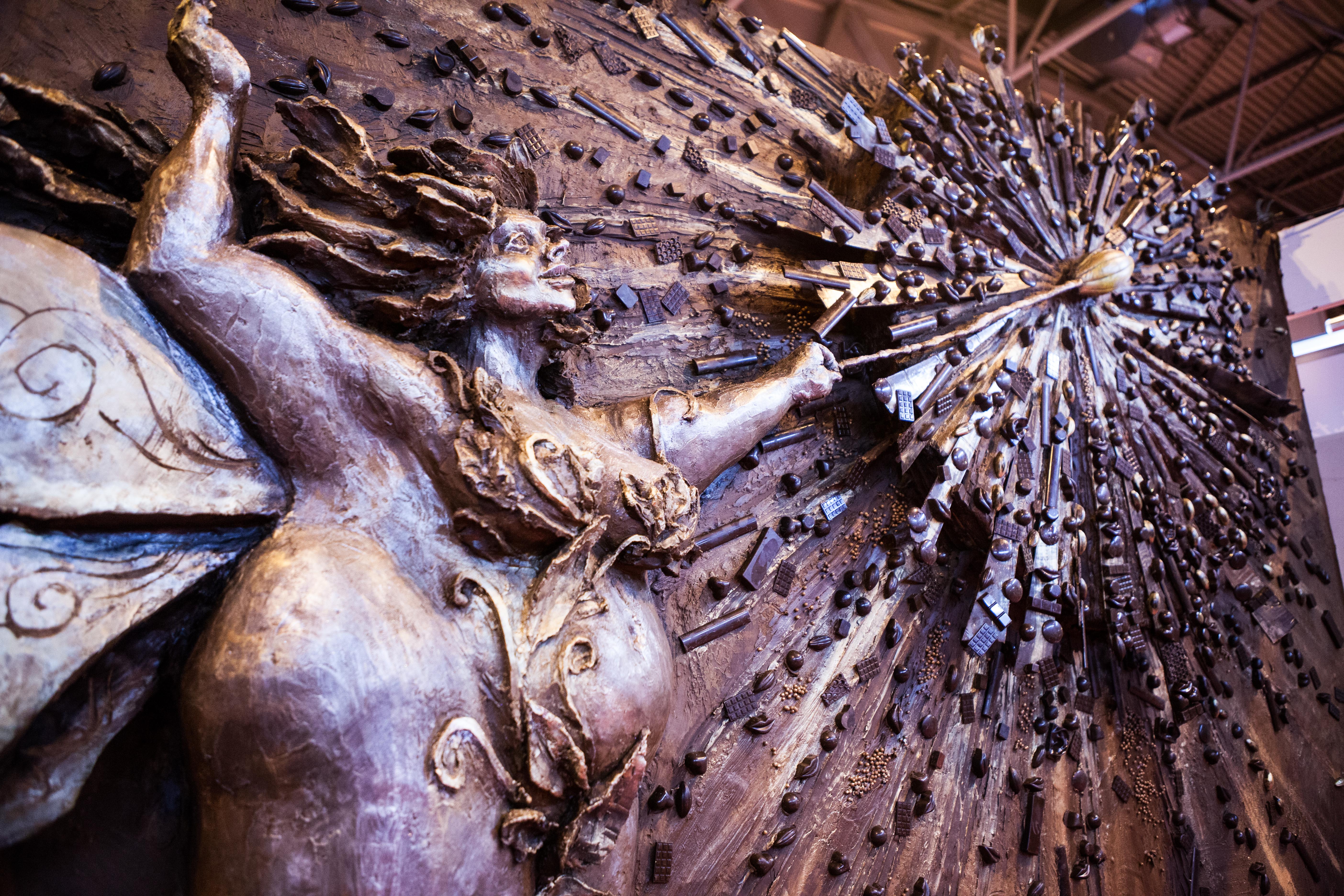 From the one and only Rose Macefield, whose Fantastic Beasts swarmed the convention floor, to Emma Jayne’s dreamy ballerina feature in delightful contrast to last year’s devilish Maleficent cake. Not to mention Daniel Diéguez’s mind blowing chocolate creations…Okay, let’s call them sculptures as that guy’s just something beyond this world. 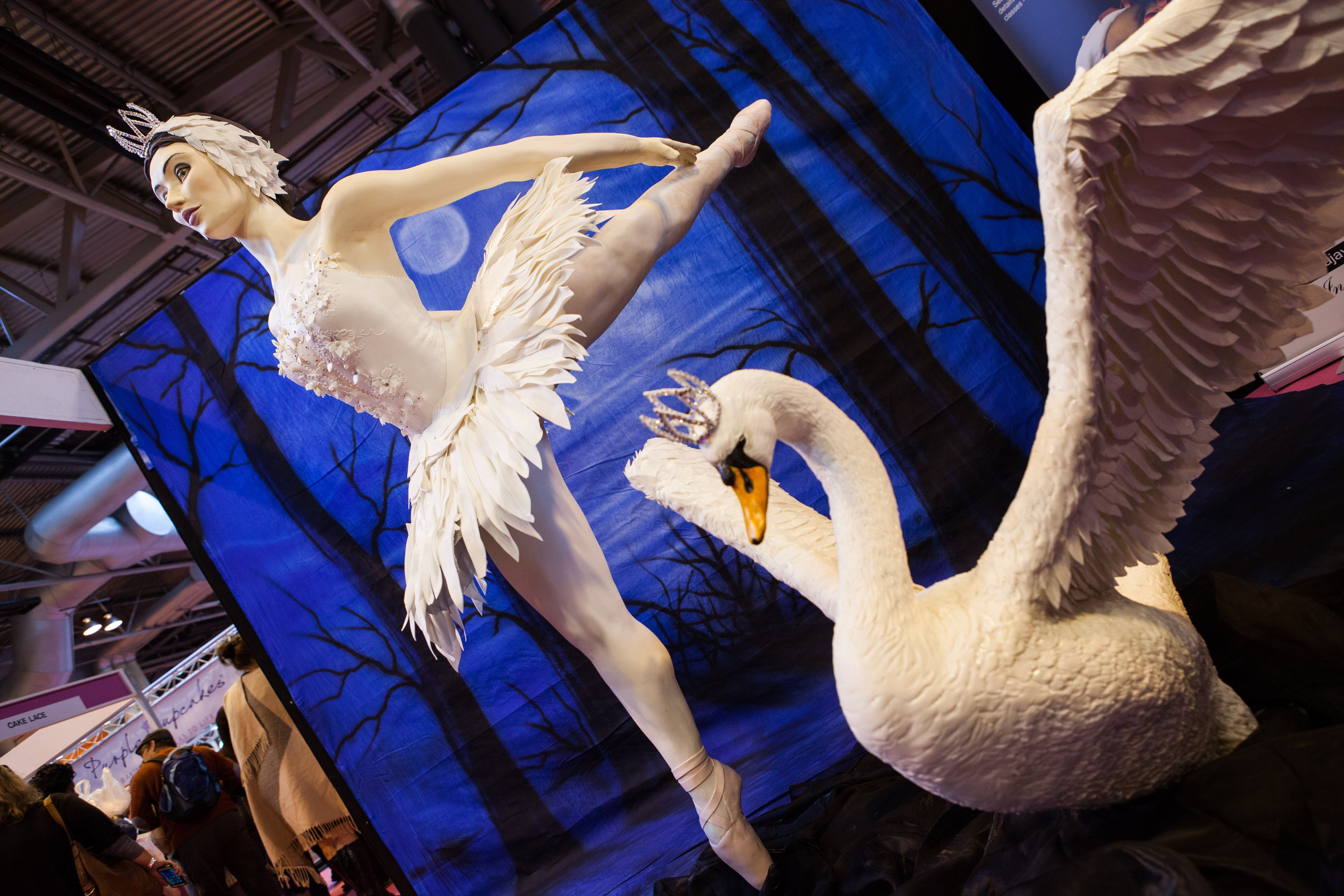 Melanie pointed out the amazing Twisted Sugar Artists of the gigantic Alice in Wonderland installation. This collaboration piece was put together by a cooperation of the best of the best. It really was huge and there was no shortage of people in line for a photograph with the Cheshire Cat or the Mad Hatter. 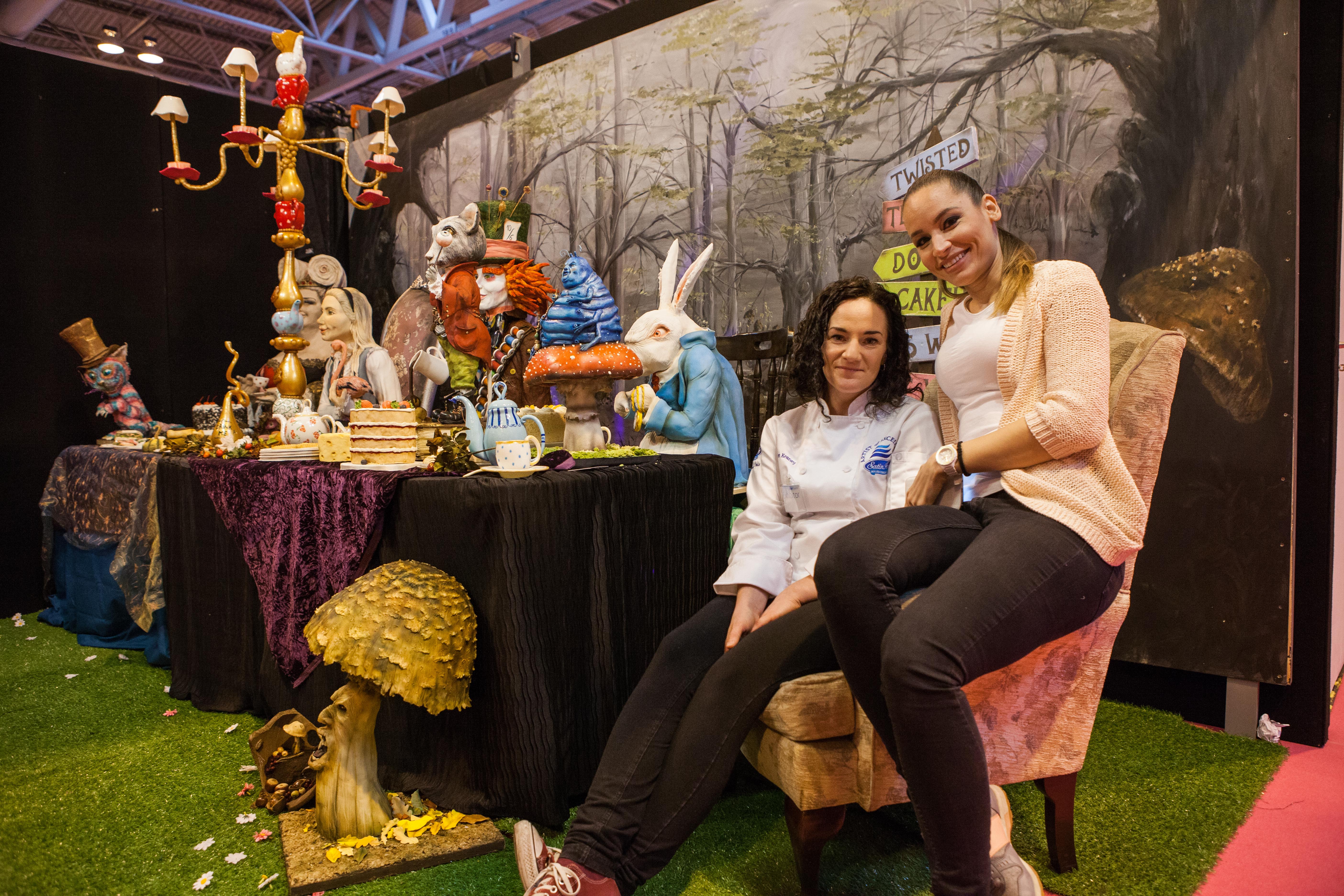 It's important to mention the

The most excitement of course surrounded this year’s Cake Competition that saw a plethora of contestants: 19 categories were created for no less than 1400 different cakes! We won’t spoil all the results just now, but we promise you we will give you the roundup in another post soon. If you want to see a photo of all the cakes that entered the competition, check out this Facebook photo album. If you are interested in the results you can see them on here. 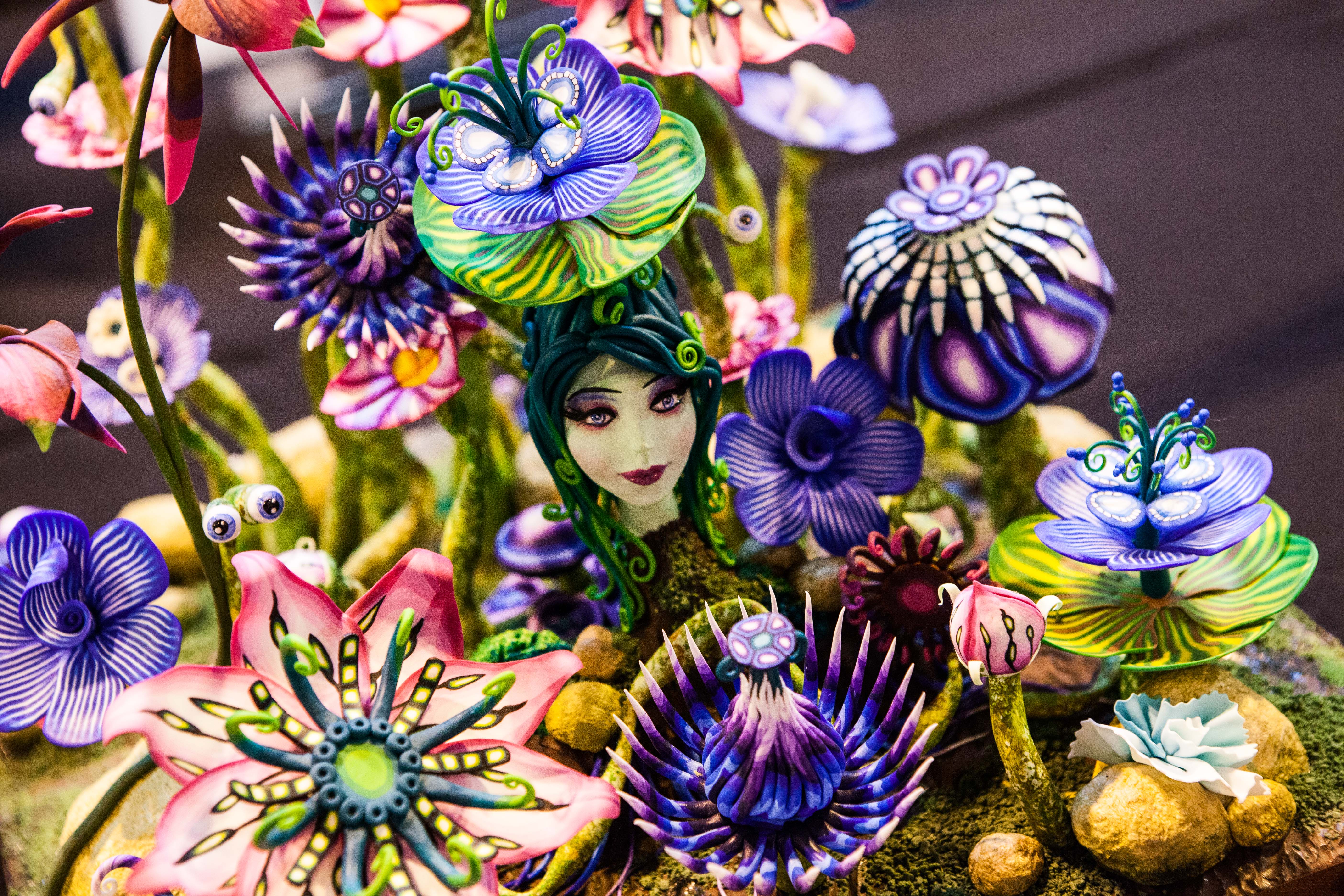 One of the surprises of this year’s event was the revelation by Melanie Underwood that Cake International is launching it’s own monthly magazine. The front cover of the inaugural issue is adorned by an amazing wedding cake by Daniel Diéguez, but it features more tasty caker-wizardry by other artists, such as the eerily lifelike sleeping bulldogs brought to you by Emma Jayne. 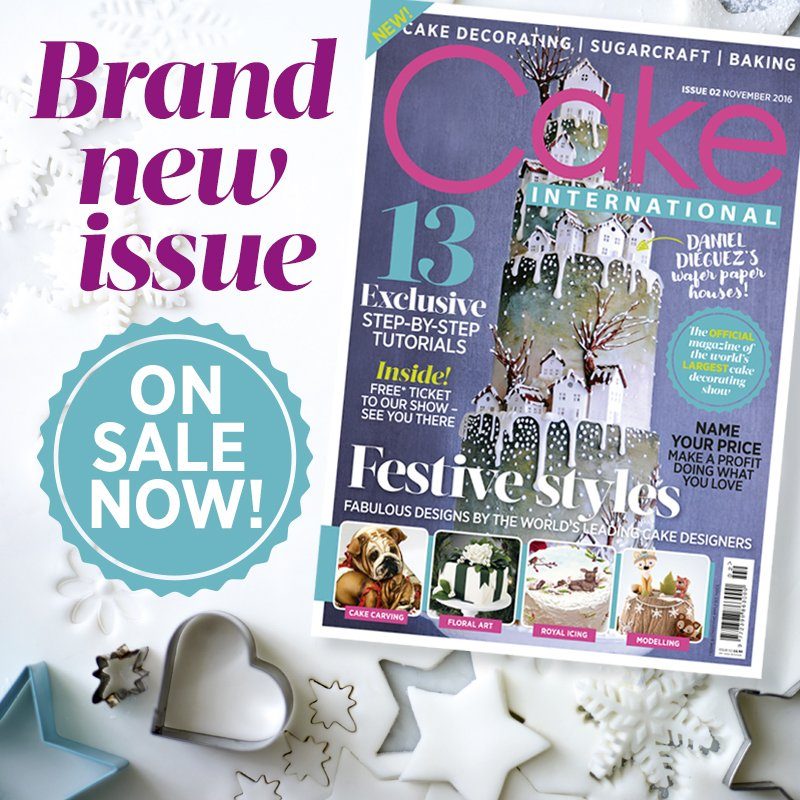 Melanie Underwood shrouded the future in mystery, however she revealed that next year will bring even more cake extravaganza. So get your tastebuds ready for their show in Birmingham between 17th-19th March! But wait, there is more! Between the 22nd and 23rd of April, the Alexandra Palace will see another show. Melanie Underwood was hinting at some amazing surprise, something that has never been done before. We HAVE to see that one, don’t you think? And of course there’s the big one next November. We’ll be there as well to bring you the latest trends of the caking world. 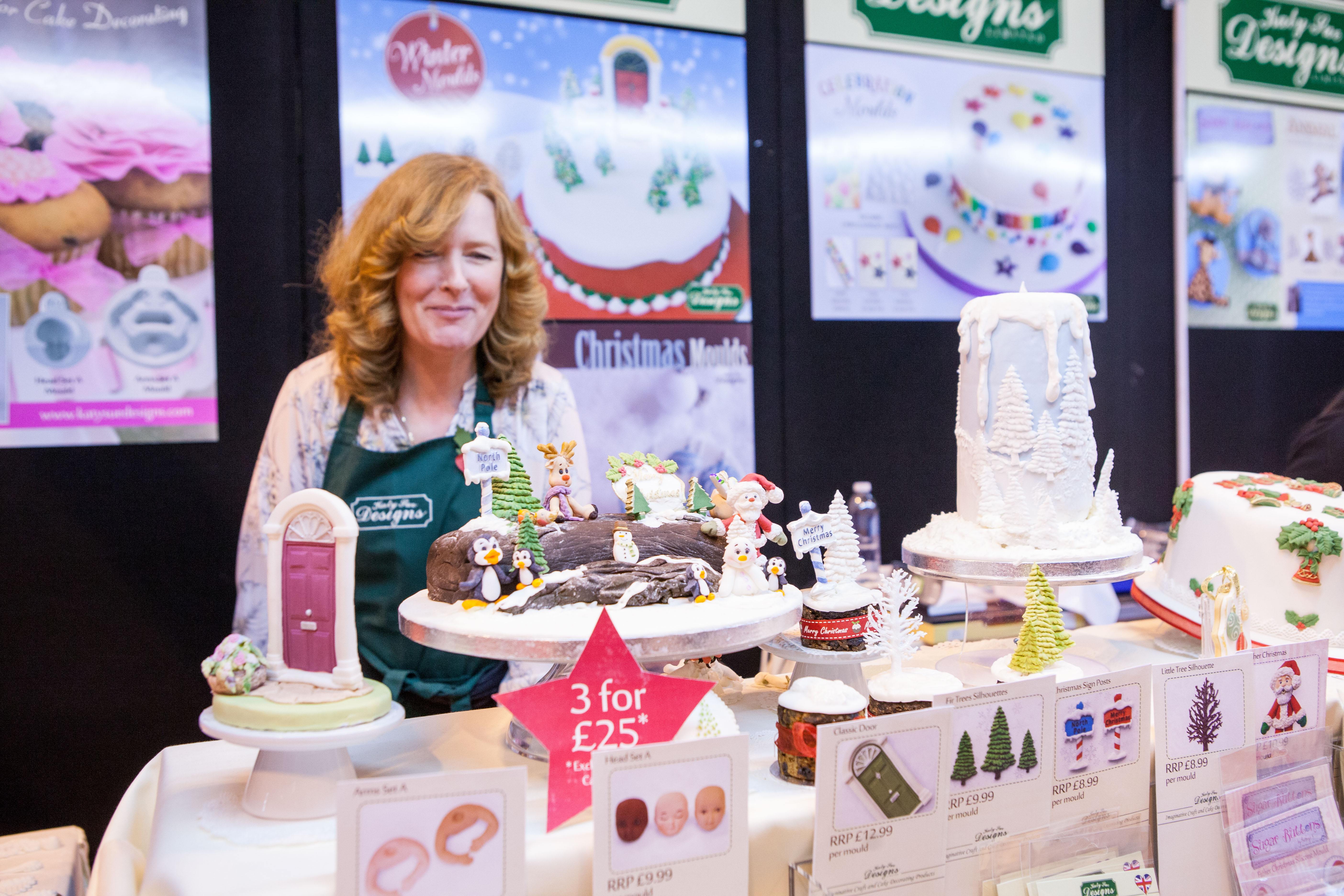 The Characters Of Faraway Tree

We have made several other interviews with featured artists, exhibitors and cake contestants. There is a lot more to come. Wanna see the  Cake-O-Matic from Peboryon, the Faraway Tree from Rhiannydd Webb, the Fairytale Forest from Sugar Show Producions or read interviews with the award winning cakers? Watch this space for more. 🙂

Rhianydd Webb And Her Friends From Inside The Faraway Tree Rhianydd Webb puts the sweetness in caking. She is truly an adorable cake master. What's more she brought one of the more magical features to Cake International 2016 Birmingham! Check out the characters from a classical children’s book come alive! Watch our interview with her about ...